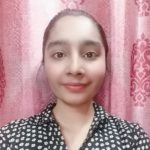 A native to Chandigarh, Shabella Sandhu, who aspires to become a bureaucrat, is an active NSS volunteer. She’s a devoted reader, who loves to write verses too.

We all are well appraised of the term “dynamism” right?  How it falls out and what corollary it can result into. Dynamism in lucid words regarded as a “universal and never-ending process” right? Just like human  Mankind has evolved, case in point  Indus valley civilization,  Mesopotamian civilization,  Roman civilization, and many others which have transcended with time and evolved into something more complex. However, both Modification and adoption considered as pivotal to how societies survive and emerge into a better version of themselves.

Talking of generation gap, which in layman terms defined as a situation in which older and younger people do not understand each other because of their different experiences, opinions, habits, and behaviour. Since time immemorial, India has witnessed a joint family system of living together. Therefore countries like India and Arab impassion the generation gap mostly. Gone are the days when we used to write letters and this new era with rapid advancement has brought new avenues of leading life through and through as things of today would become obsolete tomorrow. As there weren’t many differences across generations earlier but technological and social advancement have been pivotal in branching one generation from other to the hilt.

The moral education system too has induced differences in opinion, perceiving and analyzing events and situations resulting in communication gap. As modish cohort of youngsters devote most of their time surfing internet, playing video games,  hanging out in clubs, and what not,  leaving others to reside in solitary. This high spirited progeny is full of beans with enthusiasm and great passion to undertake any adventure worth living. Some even go to the extent of abandoning their parents’ house due to regulated freedom. Therefore lack of communication is one of the major root causes of generation gap that sometimes it becomes an arduous task to get along well due to differences in behaviour pattern. Even the taste and preferences also varies creating a void in communication process.

So in order to cut this gordian knot what should be done? And  How should be done? Well, I think beginning with the two-way communication process is foremost so that Understanding could be reached between parties before it goes haywire. And differences in apprehending viewpoints must be resolved with dialogue and discussion, spending time, broadening outlook, accepting differences, and building tolerance.